Not surprisingly, when people hear about the theme of my first feature documentary venture, they wonder what led me to the topic. To fully grasp the ‘why’ of it all, it helps to know more about me and the way I’ve always comprehended the human experience. 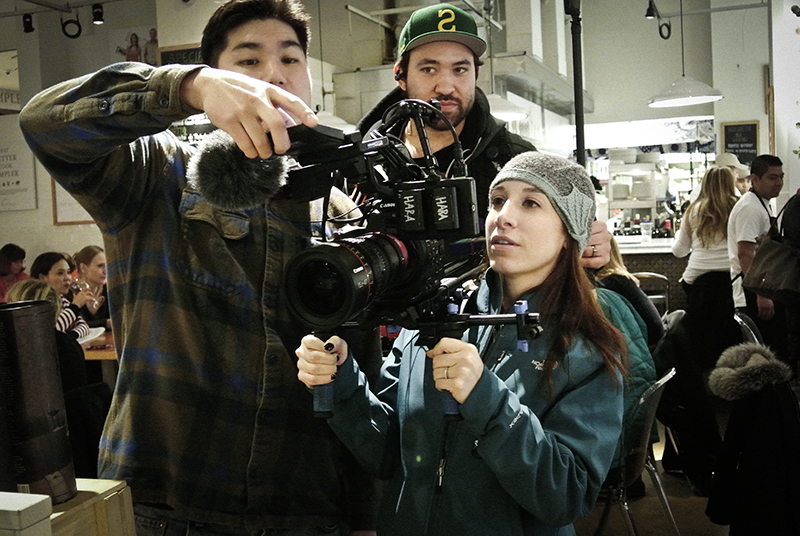 Since I was child, I’ve had trouble processing the notion that some people go to bed hungry or that they might not have a blanket on their bed – let alone no bed at all. My mother would sometimes need to pick her driving routes based upon whether or not someone was asking for money near the highway entrance. I would beg to give them money or food as we whooshed by in our minivan. And, for hours, I would be stuck. I’d ask her over and over if we could be back and make sure they were okay. I’m sure it was exhausting for her. It certainly was for me. This constant ache to connect with strangers in the hopes that some cosmic balance could be restored when I (a cheeky 9-year-old) handed someone my bologna sandwich.

So, as you can imagine, when I first came to New York City there were a lot of challenges to my daily commute. As an empath, hyper-sensitive to any visual suggestion of human suffering, I was often unable to steel myself to the scenes of fellow city residents without a champion. Simply making sandwiches to deliver to the hungry or allocating some of my student loan money for curbside donations didn’t seem to quiet the call to action that was percolating within me. Heck, I even tried to go without food and a shower for 2 weeks to try and understand the homeless experience. I made it 10 days and rarely left my warm, studio apartment on the Upper West Side; so, the effort, while sweet, certainly didn’t yield any of the answers I was seeking.

By 2005, when it was time to pen my Master’s thesis, I was still weighed-down with a satchel full of peanut butter and jelly sandwiches and the best of intentions; and, I hadn’t fully grasped why it was that some of the stories in the city had such a profound hold on me. And, then, when it came time to finalize my thesis topic, I could no longer run from the narrative thread that had come to define why I am the way I am. My subject, The Communicative Capabilities of Human Suffering. And, with that theme in mind, I attempted to cobble together the meaning behind why I care so much for others.

It was during this time of intense research when I had my first encounter with a blind New Yorker – both of us commuting home in the late evening hours. Not only was my curiosity piqued as I watched him walking at an accelerated clip with his cane; but, I found my autonomic nervous system kicking-in, in the exact same way it would react to a panhandler or an elderly city resident asking for my arm to steady them. But this gentleman was clearly in control of his surroundings and in no need of assistance.

Why did I hear sad violin music playing while looking at what was clearly a capable person navigating the city in their own way? Why, days later, couldn’t I stop worrying about whether or not he made it home unharmed?

And, just like that, the bologna sandwich was back! Though, this time, I began to sense that it was my own handicap of brutal hyper-sensitivity keeping me from being at peace. And, eventually, it was my overwhelming empathy for others that led me toward my path. I meditated for a long time on that blind commuter and was finally able to embrace the idea that it’s my purpose stirring inside me when I see someone in need.

Connecting with people is what I was born to do. I am genuinely charmed by the unknown and captivated by the mysteries of the lives around me. And, once I realized that, it was also a bit of a cure for me. When I fully understand a person’s story, I’m somehow released from carrying around my idea of what their life must be. I know, I know, it’s pretty heavy stuff. But, it allows me to truly love the people around me, even the strangers in a city as big as this one.

And, so, with New York After Dark, my hope is to share some incredible stories with everyone who, like me, has ever been curious about the blind experience in this (and any) city; but, I’m also thrilled to lay down 10 years of worry about whether or not that blind man ever made it home okay.