Meet the brave New Yorkers whose stories we will be sharing and the production crew who will be documenting them. 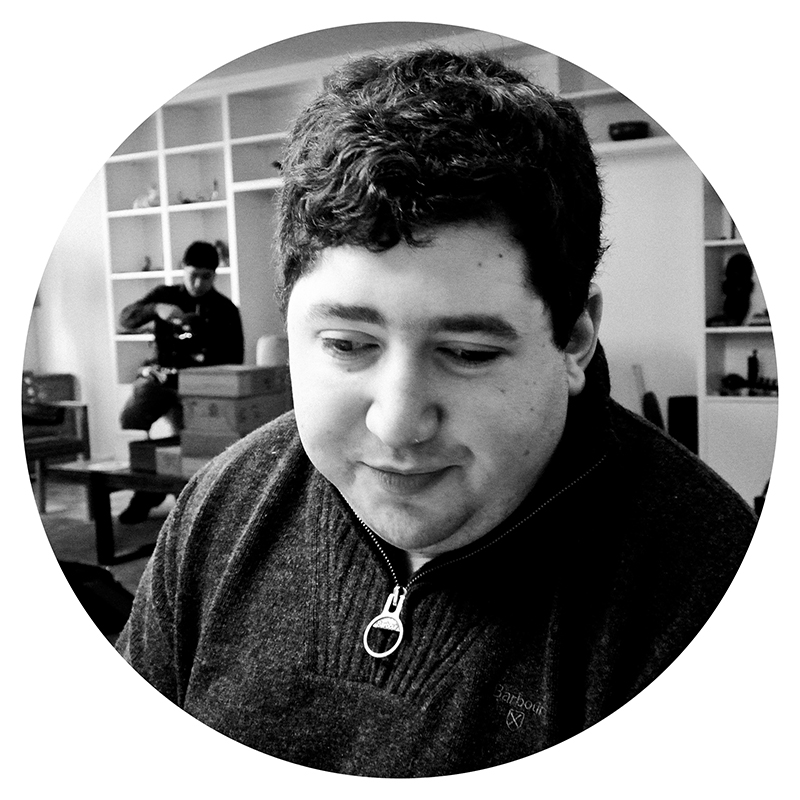 Daniel Aronoff
One of the blind New Yorkers we’ll be featuring is Daniel Aronoff. Daniel is a food critic with a Master’s degree in Social Work.

His blog — The Real Blind Taste Test — where he shares his restaurant reviews, was the winner of the 2011 CBS Most Valuable Blogger award! 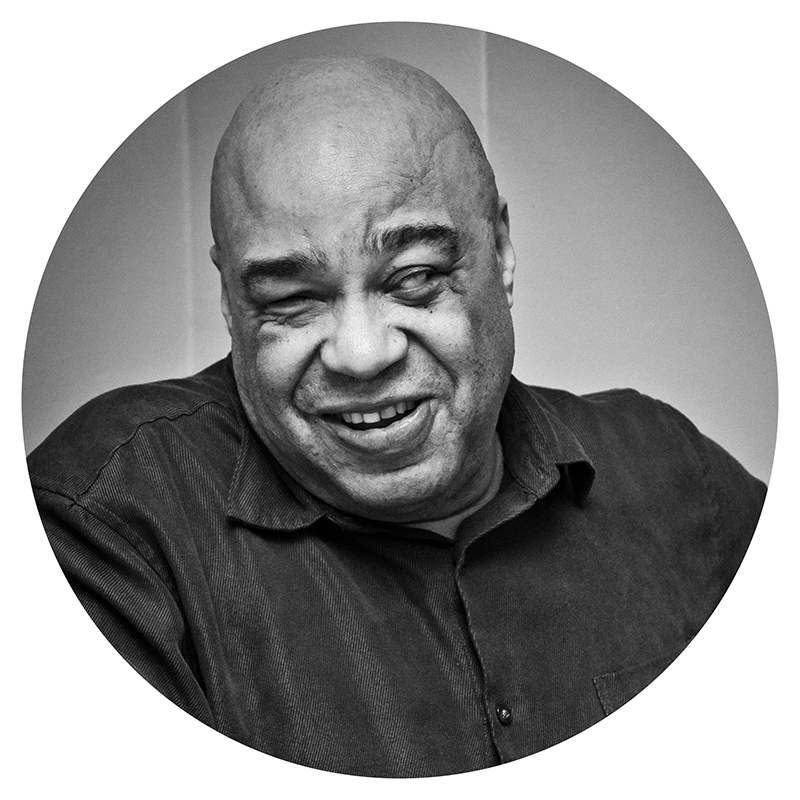 Frank Senior
We’ll also be featuring Frank Senior. An accomplished jazz vocalist, Frank has performed at the Montréal Jazz Festival and the Lighthouse Metropolitan Museum of Art concert, as well as The Village Gate, Bryant Park, The Angry Squire, Sweetwater’s and The Blue Note. He also loves to play chess! Learn more about Frank Senior. 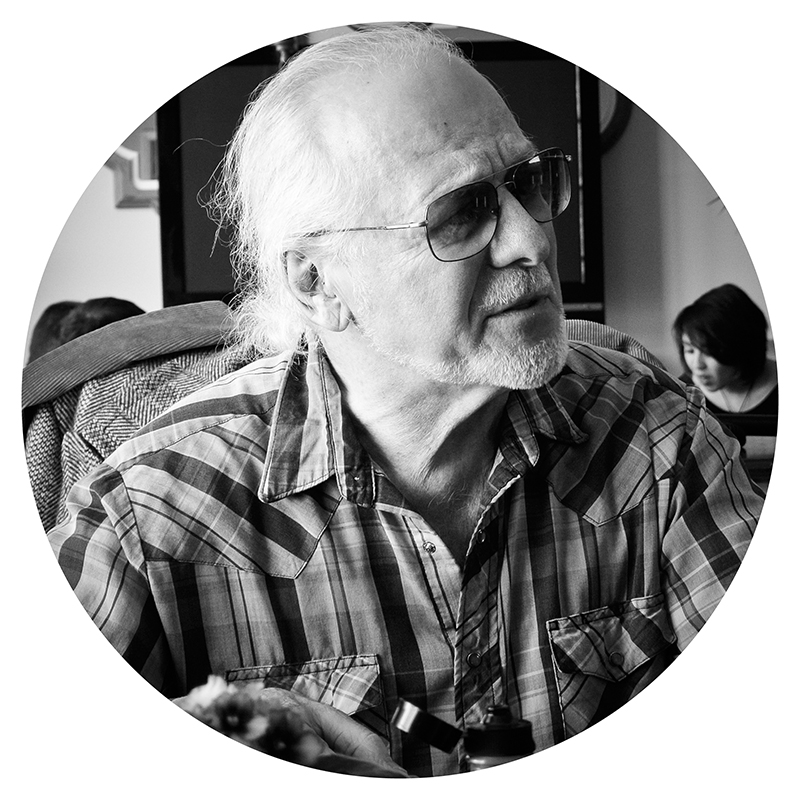 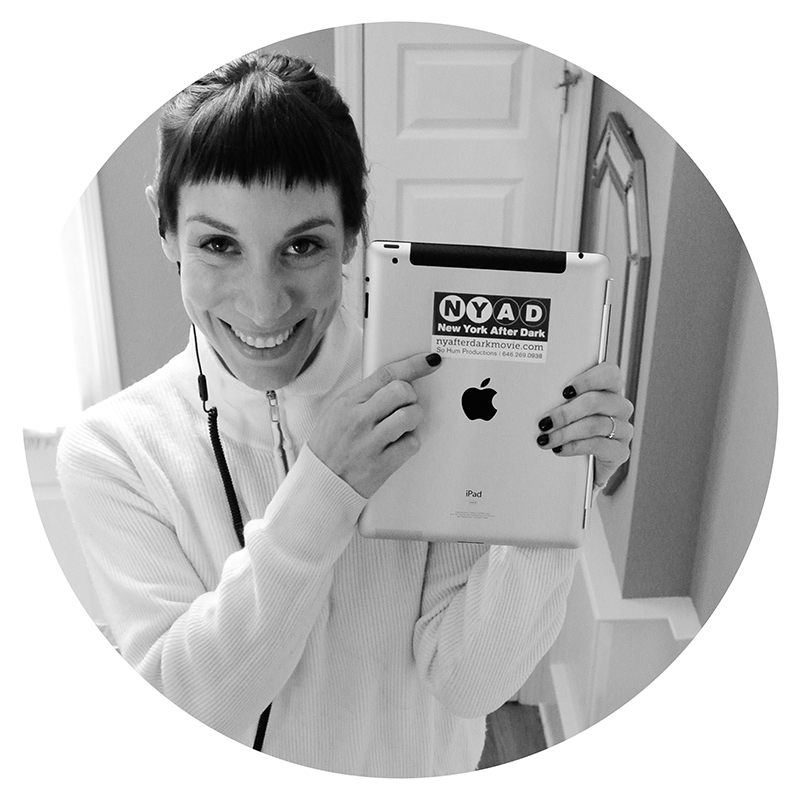 Ilana Fayerman (The Filmmaker) is an award-winning producer, host, and modern-day explorer. She has been documenting destinations unknown in front of the camera, since graduating from Columbia University with her Master’s degree in Socio-Cultural Anthropology (and with a specialization in documentary cinematography), in 2005.

In March 2008, Ilana interviewed Nobel Peace Prize laureate Archbishop Desmond Tutu, speaking with him in his native language, Xhosa. Some of her other notable interviews include Pulitzer Prize winning photojournalist Greg Marinovich and Princess Basma bint Ali of Jordan.

Ilana has scrambled though jungles, descended into tombs, slept in caves, climbed volcanoes, consulted with shaman, and acquired an impressive collection of bumps and bruises. To date, she has hosted projects in the US, South Africa, Borneo, Italy, Mexico, Jordan, South Korea, Costa Rica, Sicily, Malaysia, England, and Indonesia.
Ilana’s Website 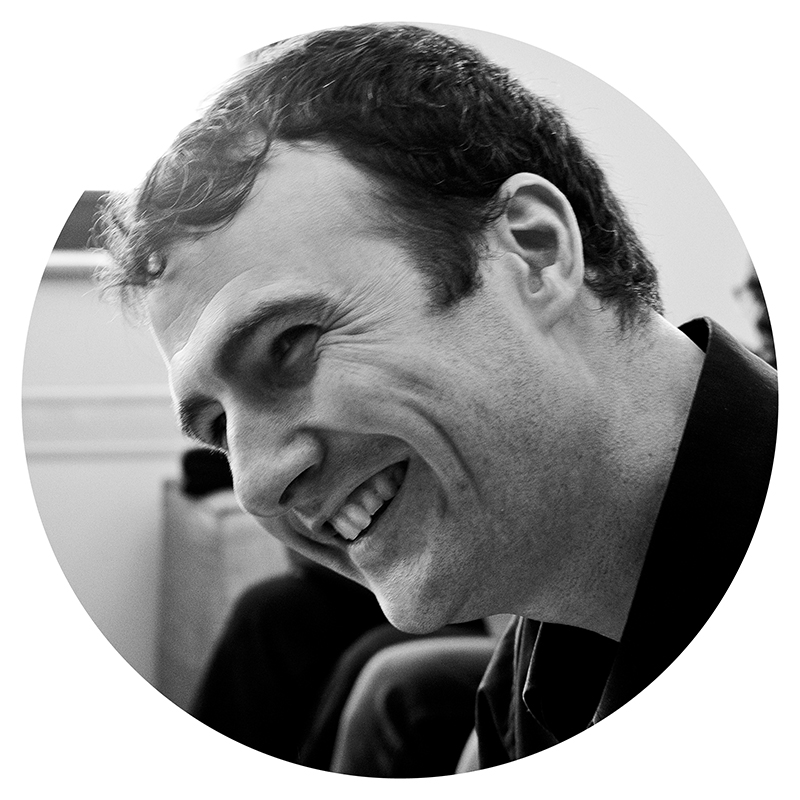 Edward Campbell (Producer) ran his first theatre company in college. They built the set in his backyard and rehearsed in the utility shed out back. He has worked on stage, back stage, in front of the camera, and behind it throughout his entertainment career. He has always surrounded himself with the most talented, inspired, and devoted people he could find. And this project is no exception.

New York After Dark marks his first feature documentary endeavor and promises to be his most fulfilling project yet. This is also another opportunity to work with his amazingly talented and beautiful wife Ilana, with whom he co-produces the holiDAYtrips travel and food video series. 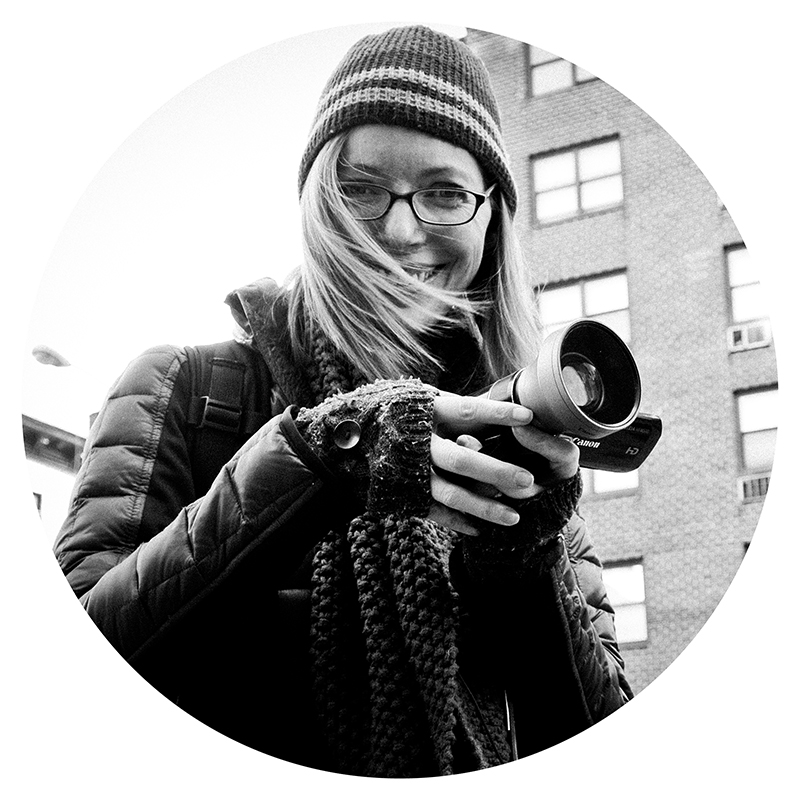 Michaela Potter (Producer) is an impressive one-woman-show of producing talent. She plans, she shoots, she edits, she narrates, and she makes it look easy…but above all things, Michaela is an artist. Whether she’s designing websites or mandalas, she brings a very specific editorial eye to her work and it’s this flair for artistry we’re so excited to feature. 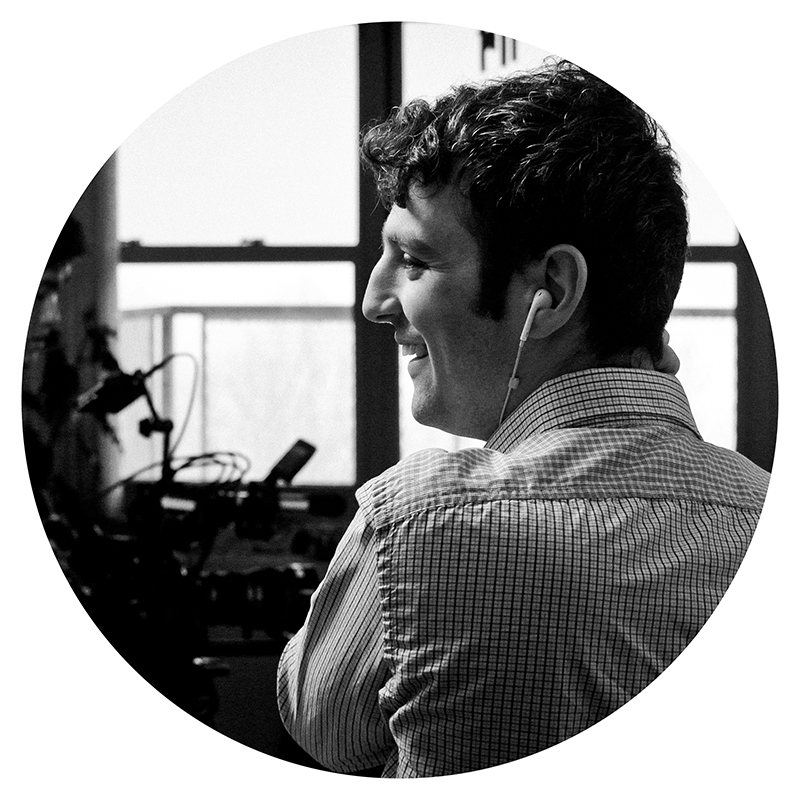 Joshua Louis Simon (Producer) has worked in entertainment since graduating from Brandeis University in 2007. Starting his career in the theater, Joshua gained experience building scenery, setting up sound and lighting systems, filming live performances and events throughout NYC. He has worked in production, camera, lighting, and sound departments for all types of on-screen productions, including live-to-tape, documentary, scripted content, corporate/promotional content, and national commercials.

Joshua loves working with children and he loses all semblance of adulthood around puppies. He also runs a full-service production company, Spinach Pie Productions. 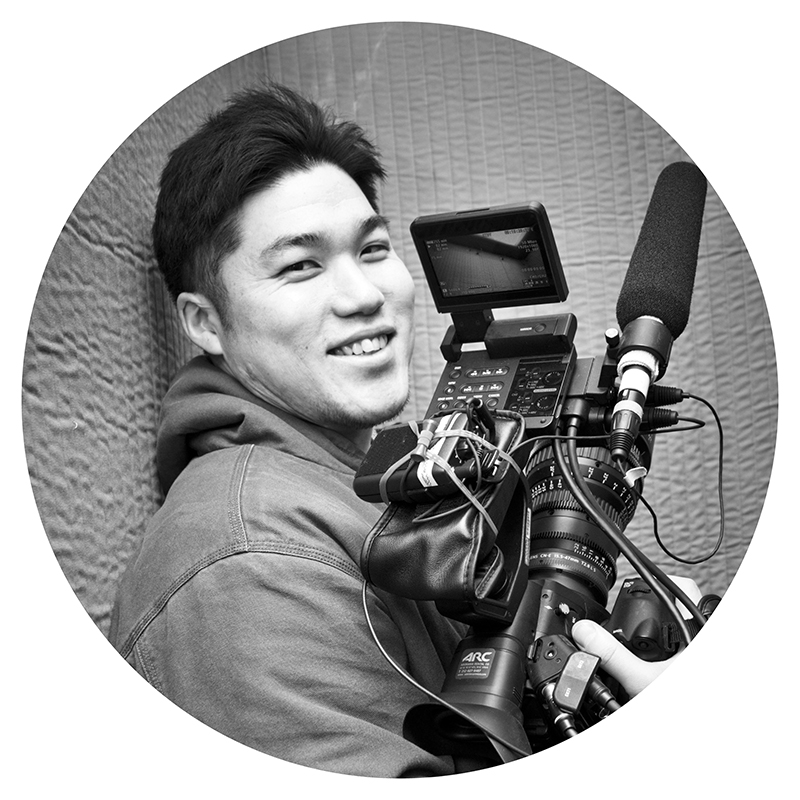 Hiroshi Hara (Director of Photography) is an award-winning filmmaker based in New York City whose work has been screened at film festivals around the world. He was raised in Los Angeles, where he first became engrossed by the power of images and storytelling after he was given his first mini-DV camera and started making short films and music videos with his friends. Since then, his passion for film has blossomed into a career, prompting his move from California to New York, where he continues to shoot today. 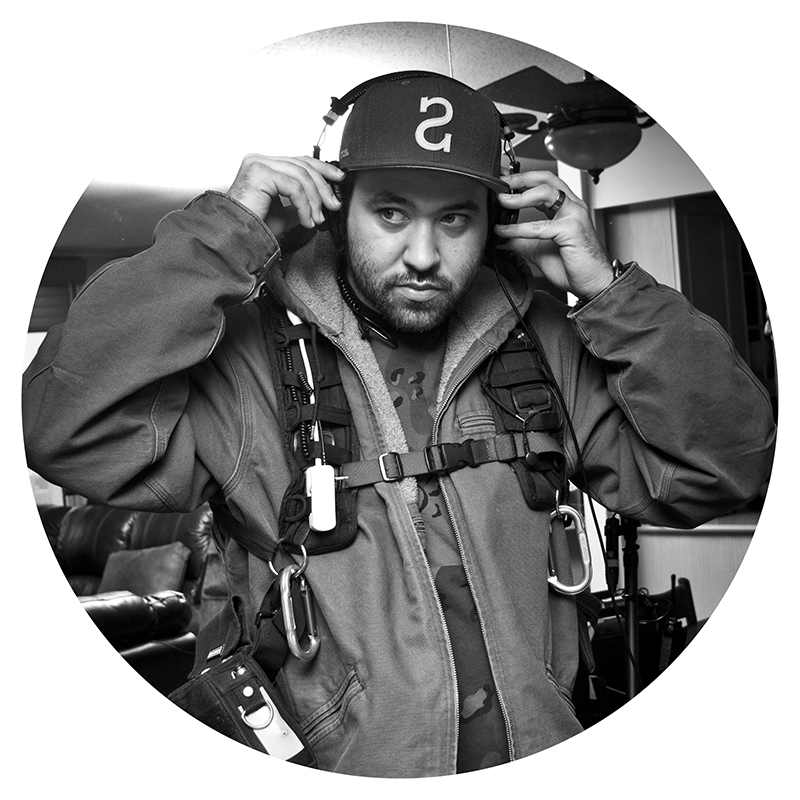 Sergio Reyes-Sheehan (Production Sound Mixer and Recordist), based in New York City, initially got into the entertainment business to work on projects that would educate people through entertainment. Now, with over 12 years’ experience in film, TV, and corporate and internet production, he specializes in multi-track recording for field and studio productions.

He is passionate and dedicated to his craft and is continually honing his techniques and seeking the best tools possible to deliver the best product in sound engineering.

Sergio has worked with all major networks including Bravo, MTV, VH1, ABC,NBC, CBS, History, NatGeo, Spike, Fuse, BBC and many more. He has worked on many Emmy Award winning television programs, as well as a festival award winning documentary that has gained worldwide success. He has also worked closely with high profile celebrities such as Oprah Winfrey, Anderson Cooper, John Legend, and many more. Sergio’s Website 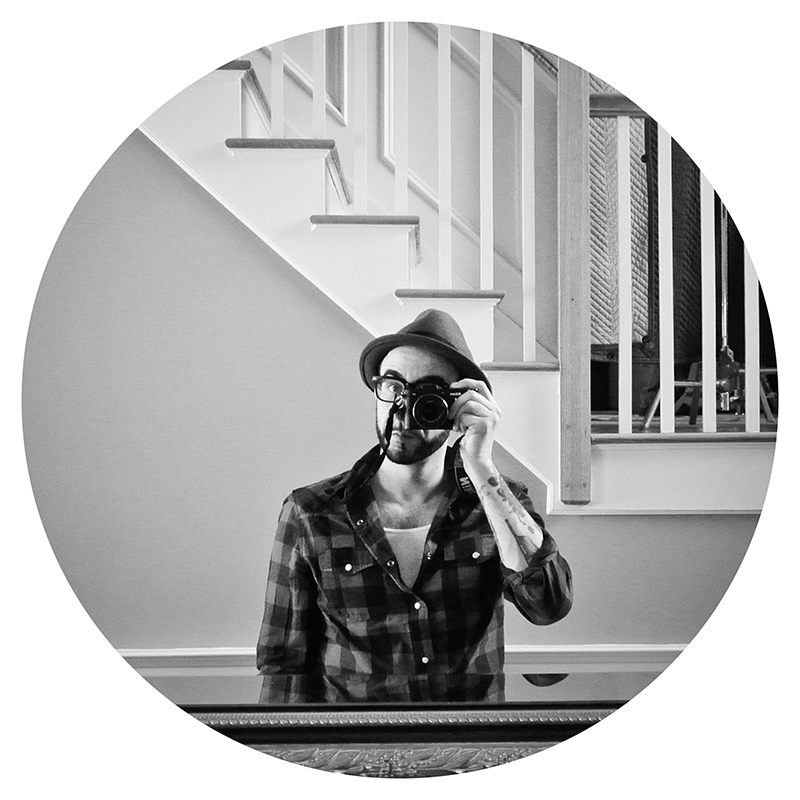 Dennis Cahlo (Photographer) is New York City born and bred and when not performing with his band, he has been enjoying a recent boom as a photographer. Never without a camera, Dennis has been taking photos since he started touring with bands since he was 18 years old. Recently his eye has been more in demand than his vocal chords resulting in a large body of work including everything from portraits to production stills in less than a year.

He currently resides in Brooklyn with his two cats. Check out his photography website and band, Dennis Cahlo and the Change.