This next video touches-on one new production aspect for which no one can really prepare you – what do you do when you fear your subject might be in danger?

Check out our thoughts on this one here. (Photography by Dennis Cahlo)

We’re so glad that this next video captures a bit of what it’s like to work together, as part of this great crew. We’re really lucky to have forged such a strong bond so quickly. It also highlights some of the next steps we’ll be taking with New York After Dark, now that our first week of production has been completed.

We hit record on this right before we wrapped on our last production day. Boy, we sure do make this next phase sound easy! And, though our next several months of logging film, editing, grant submissions, more editing, blind training, fine-tune editing, extreme fundraising, promoting, and DID WE MENTION EDITING (!?!) may be a bit tougher than this video would suggest, we’re totally up for the challenge!

Our fourth day of production was a grey, foggy day. But we were greeted with only warmth and big smiles by jazz singer, Frank Senior, and his wife Millie.

It was certainly a great way to end our first phase of production. We know we are on the path to creating something amazing, as you can watch here, and we hope you continue with us for the journey.

A grey, foggy day greeted us…

…but it was warmed up with Frank’s smile. 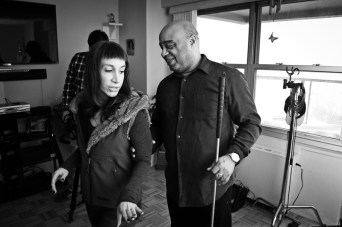 Frank gives Ilana a tour of his home 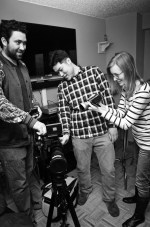 Michaela capturing some behind the scenes set-up 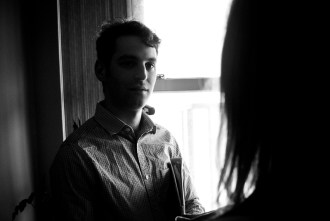 Serge mics up Ilana for the interview

Ilana sits down with Frank & Millie 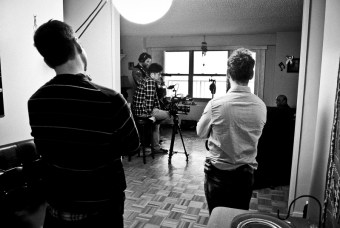 Looking in on the interview 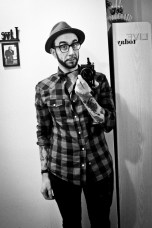 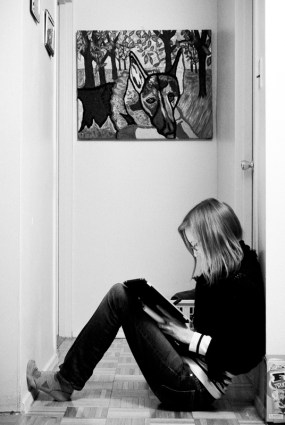 Ilana is ready for the chess match 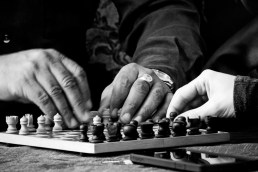 Frank prepares to make a move 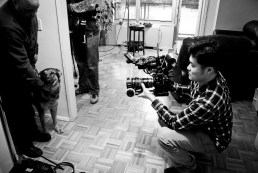 Frank introduces his guide dog, Que, to the crew 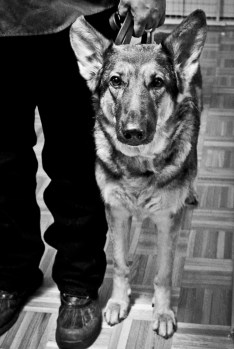 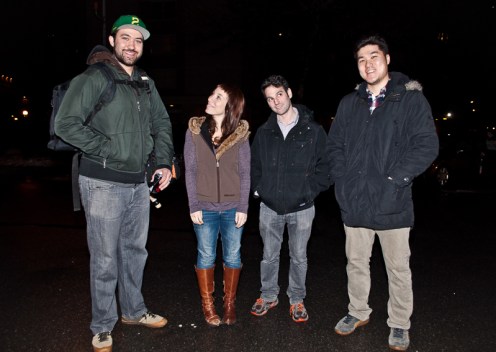 Are we filming a documentary or a remake of Lord of the Rings?

Do you love our production stills? You can support the film and receive one of these beautiful photographs and even a photo book – check out our sponsor levels.